Cop Academy is a minigame-based asymmetrical party game in VR where players try to pass a quirky police exam in groups, made with Unity. Two teams of players fight each other, with one person wearing the VR headset at a time, and taking turns. Each minigame requires concentration and communication between the VR player and his non-VR team. In total, there are 8 unique minigames, and each one requires the Non-VR players to convey the information on the TV screen, that is vital for the completion of its VR part. 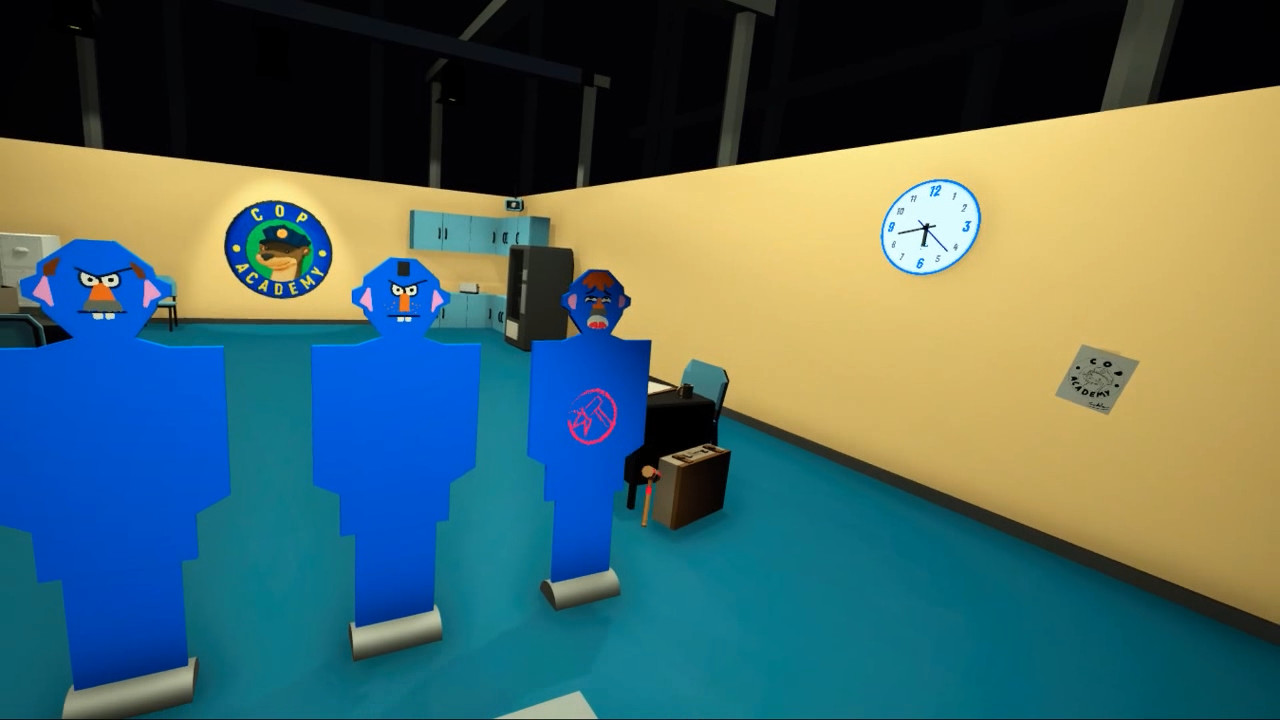 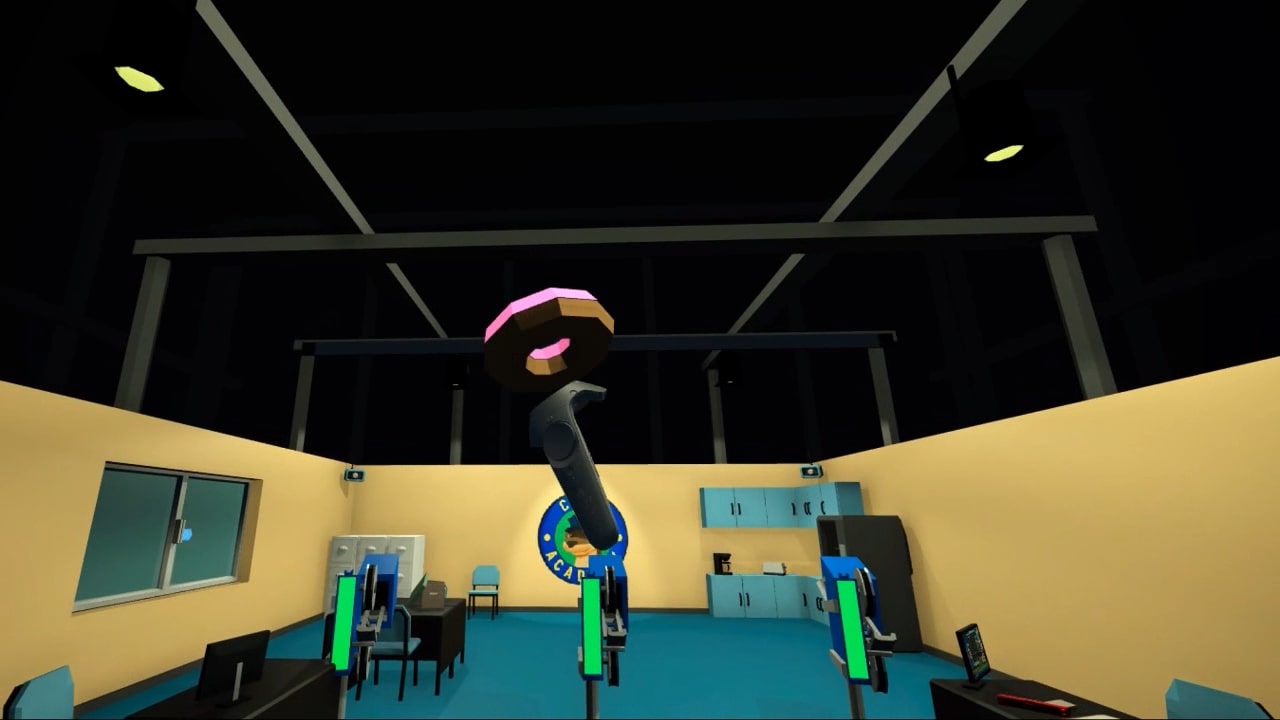 This is the first really ambitious project where I am a full-time Technical Designer, so I learnt on the fly how to be a good bridge between designers and programmers. The biggest challenges we had during production was managing the scope of the game, and developing the gameplay framework before actually designing minigames. This was the time where I was the most useful as a Technical Designer. I quickly prototyped an example minigame (with dirty code) and analized the need we would have on a framework. With the Lead Programmer, we then established a gameplay framework that would be suited for experimentation and iterative processes. While the gameplay framework was being developed, I coded the UI framework for the minigames.

During development, we split the team each week into 2 squads, each responsible for the development of one minigame. This gave us a real sense of ownership on the project, and gave us time for polish.

We also had to familiarize with VR as a platform, and spent a lot of time to experiment. We roughly have 2 discarded minigames for every minigame in the final build.

The game was developed between October 2017 and March 2018, and is now available on Steam, for free.